A day of informal music making.

Following the success of previous years, which reveald some wonderful performing musicians in our community, PlayFest returns for 2022.  A full day of performances split into 4 sessions.

Introducing this year, a Cross-Arts session, welcoming artists, photographers and poets to participate. 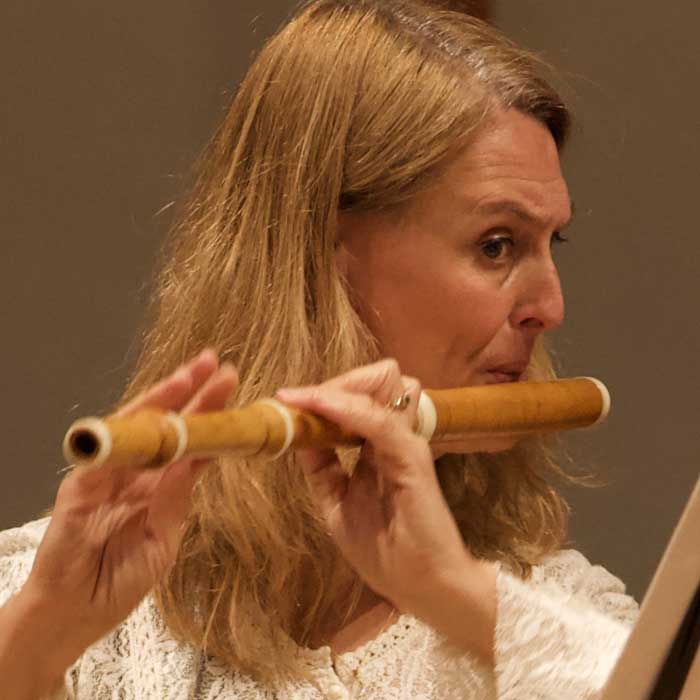 ‘The Isle will be full of Noises’ – and Wimbledon too, as the master musicians from Grand Union Orchestra bring instruments and music from all corners of the globe: from Chinese court music, Indian ragas, rough-hewn East European dance rhythms, through South African township music and West African Drumming and chant, to reggae, calypso and ska from the Caribbean, and Latin-American salsa and samba.

There may also be the chance for getting small hands on large instruments!

Immensely popular since its first performance in Paris in 1854, Berlioz’s great oratorio in three parts tells the story of the Holy Family’s flight into Egypt.

The programme begins with a stunningly beautiful work for women’s voices by Poulenc. 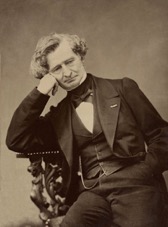 A revival of WIMF’s acclaimed 2014 production.
A fully choreographed, dramatic performance of Stravinsky’s iconic tale of a soldier’s encounter with the devil, re-imagined as a computer game, with the iphone as the source of all wealth and knowledge.
“A splendidly imaginative production…incisively witty text… It’s a theatrical tour de force that deserves to be widely seen” (Barry Millington, Evening Standard) 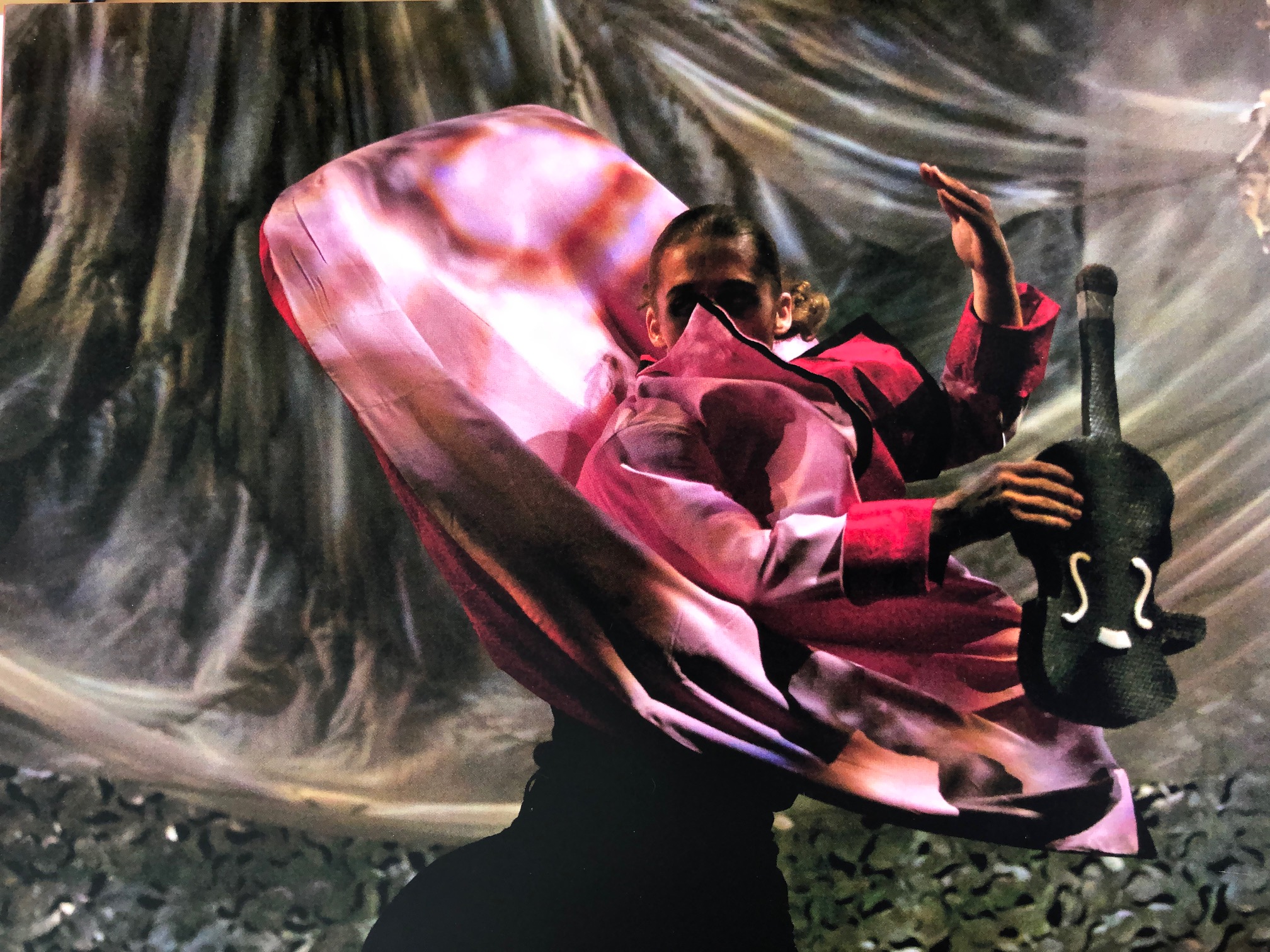 Haydn’s Op 54 No 2 has been called the ‘most extraordinary string quartet of the 18th century’.

Schubert’s ‘Death and the Maiden’ is a wondrous masterpiece, many people’s favourite string quartet of all.

This is a joyful discovery of some truly remarkable keyboard music written by female composers, who are at long last finding new young performers delighting in championing them. 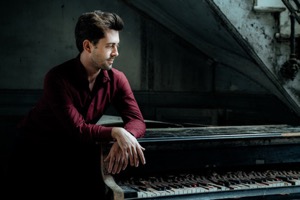 Benjamin Appl: a voice that ‘belongs to the last of the old reat masters of song’ with ‘an almost infinite range of colours’ (Süddeutsche Zeitung) 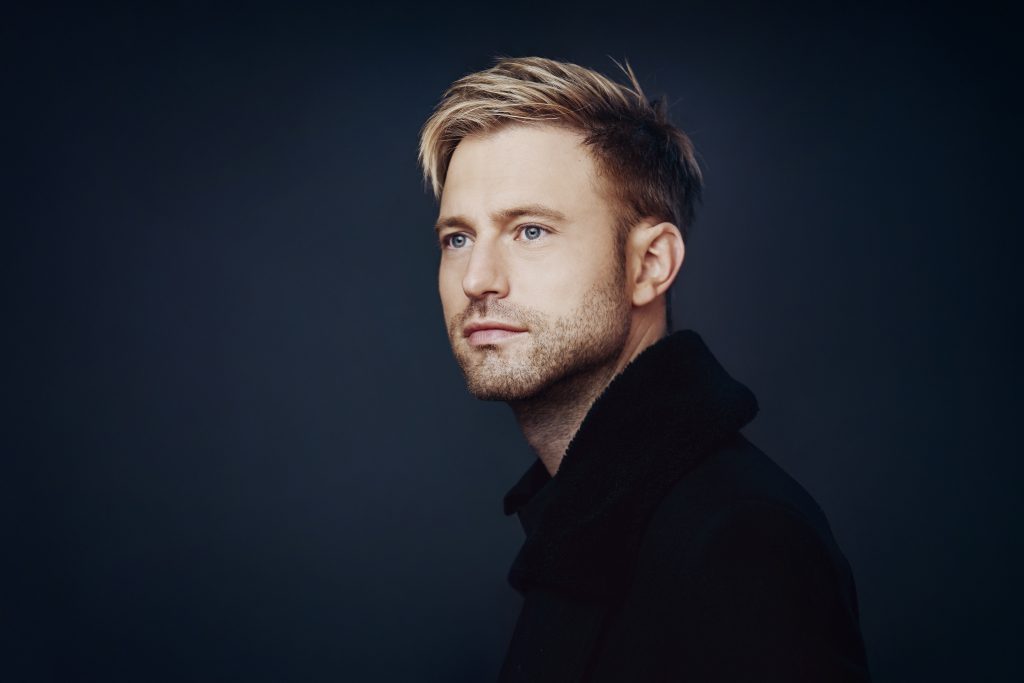 One of the few permanent piano trios, the Amatis have been winning prizes and performing extensively throughout Europe.  They offer three masterworks for their return visit to Wimbledon.

Spanish Glories of the 16th Century

Tomás Luis de Victoria’s Requiem Mass is a masterpiece. For many, it represents what Renaissance polyphony is, what it sounds and feels like, and how expressive it can be. Some would say it sits comfortably beside works like Bach’s St. Matthew Passion, Mozart’s own Requiem Mass, and even Beethoven’s Ninth Symphony as one of the truly great achievements in the history of music. 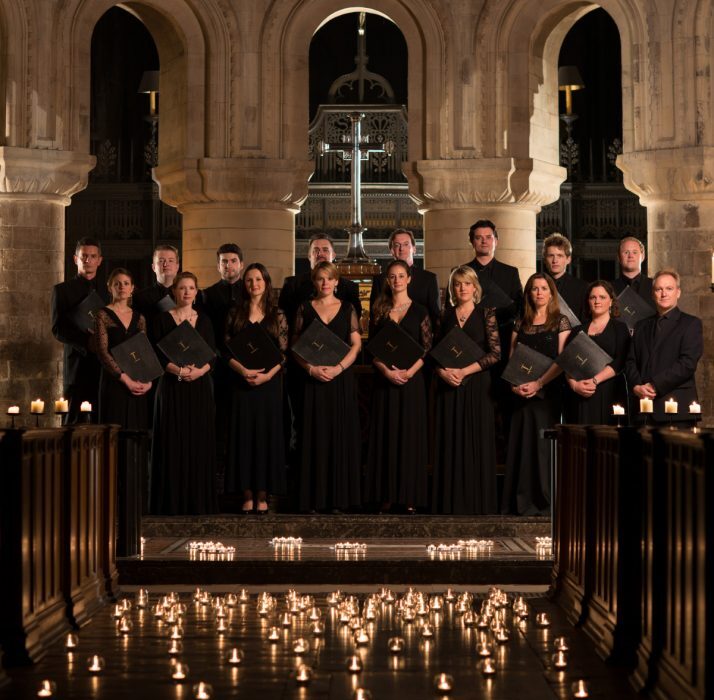 Connaught Brass are a thrilling young quintet who are quickly making a name for themselves as a fresh talent in the chamber music world with a vibrant and bold approach to their music – earning them 1st prize in the inaugural Philip Jones International Brass Ensemble Competition in 2019.  Their varied programme ranges from the18th century Italian composer Pergolesi to the music of Florence Price, the first African- American woman to be recognised as a major composer, and finishes with the distinctive jazz voice of Kurt Weill. 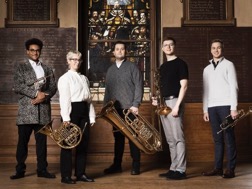 For over 50 years, to widespread acclaim across the UK, Europe and beyond, The Pasadena Roof Orchestra have been re-creating the sounds of the 1920s and 1930s, with songs from Irving Berlin, Ray Noble, Cole Porter and their contemporaries.  Relive the electrifying hot jazz from Fletcher Henderson and Duke Ellington, and enjoy a special evening of live music, with more than a dash of wit and humour. 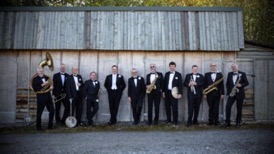 The Magic of Mozart

Scorned by early critics, Bizet died convinced that he had written the greatest failure in the history of opera.

But, as predicted by Tchaikovsky, it rapidly became one of the most popular operas of all time, with its many memorable songs, such as the “Toréador Song” and “Habanera.” 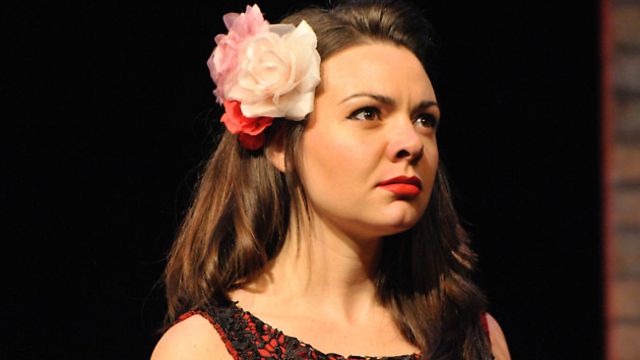 Mozart’s only sonata for two keyboards is not only one of his most entertaining works but at the same time one of the most profound and mature of all his compositions.

Paris was the place to be for art, dance, and music in the early 1900s. Stravinsky’s Rite of Spring for the Ballets Russes, in 1913,  is one of the icons of the 20th century; and Ravel, in 1920, saw in his  disintegration of the Viennese waltz a metaphor for the collapse of society following the Great War. 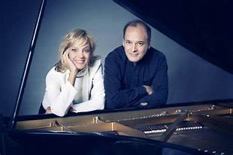 This always popular concert showcases the talents of some of the finest young musicians from around the globe.

The celebrated violinist Yehudi Menuhin founded his school to develop their students’ talents to the highest degree within a nurturing and stimulating academic environment, regardless of their economic background.

Beethoven’s monumental Kreuttzer Sonata (recently recorded by tonight’s two international musicians) is known for its technical challenges and its emotional scope. The two Romances are both pieces of great lyrical beauty. Grieg’s Second Violin Sonata, “written in the euphoria of my honeymoon”, reflects heavily on Norwegian folk elements. With wide-ranging diversity of cross-cultural appeal, British-born Norwegian violinist Charlie Siem is defining what it means to be a true artist of the 21st century. His duo partner, Itamar Golan is an acclaimed partner of some of the most outstanding instrumentalists of our time. 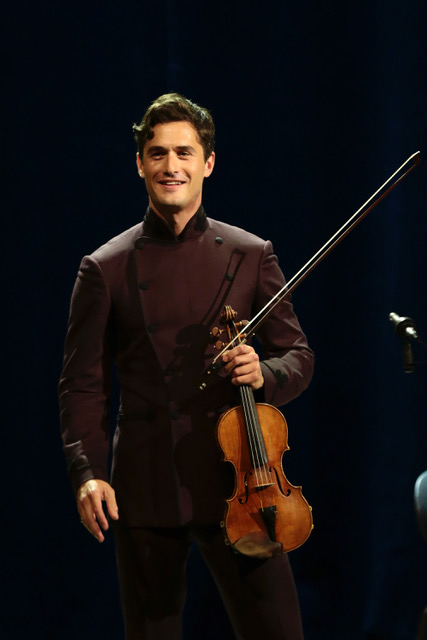 The Zemtsov Viola Quartet consists of four members of a remarkable family all playing the viola.
They bring an unusual, but ravishing programme specially conceived for four violas. All four quartet members studied with the great viola virtuoso Michael Kugel. Each of them has developed a distinguished international career.

A celebration of Preludes

“Chopin’s Preludes are compositions of an order entirely part… they are poetic preludes, analogous to those of a great contemporary poet, who cradles the soul in golden dreams…” Liszt
Scriabin, whose 150th anniversary we celebrate this year, also wrote an outstanding set of 24 Preludes, modelled on Chopin’s.
We also celebrate the 200th anniversary of César Franck with his Prelude, Chorale & Fugue, a masterpiece of imposing breadth and depth. 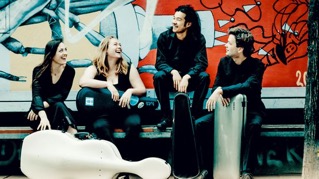 Since its foundation in 2015, Chineke! has been creating quite a stir with performances at the Proms, and the Festival Hall, fulfilling its Founder, double bass player Chi-chi Nwanoku’s aims of championing change, celebrating diversity in classical music, and showcasing some wonderful music by ethnically diverse composers.

Two of Elgar’s masterpieces bookend this concert of exceptional works for string orchestra, full of nostalgia for time and place. The ravishing Adagietto, Mahler’s love song full of longing to his wife Alma;  Elgar for his beloved Malvern Hills; Bartok for the folk music of his native Hungary; and Dvorak’s reflective gem. The lyrical Vaughan Williams Oboe Concerto, written for the great Leon Goossens, is one the outstanding works for the instrument. 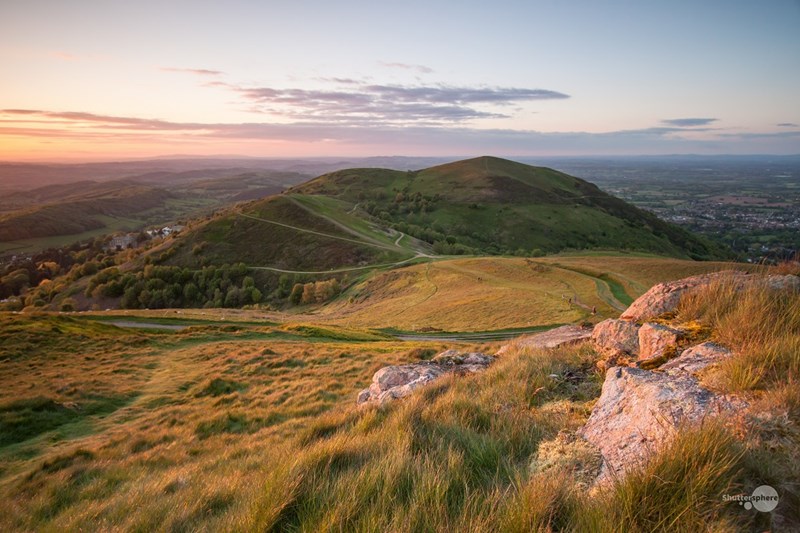 The FINAL concert of the OSJ Voices

This distinguished choir that has performed frequently at St John’s Smith Square, Cadogan Hall, and the Proms, has invited WIMF to host its final concert, featuring one of the most popular of all choral works, the Brahms Requiem, in the 1871 London Version with piano 4-hands. Brahms was just 20 years old when Robert Schumann pronounced: “He has come; a young man over whose cradle Graces and Heroes have stood watch. His name is Johannes Brahms.” 15 years later, with his German Requiem performed in front of an international audience Schumann’s prophecy finally came true. 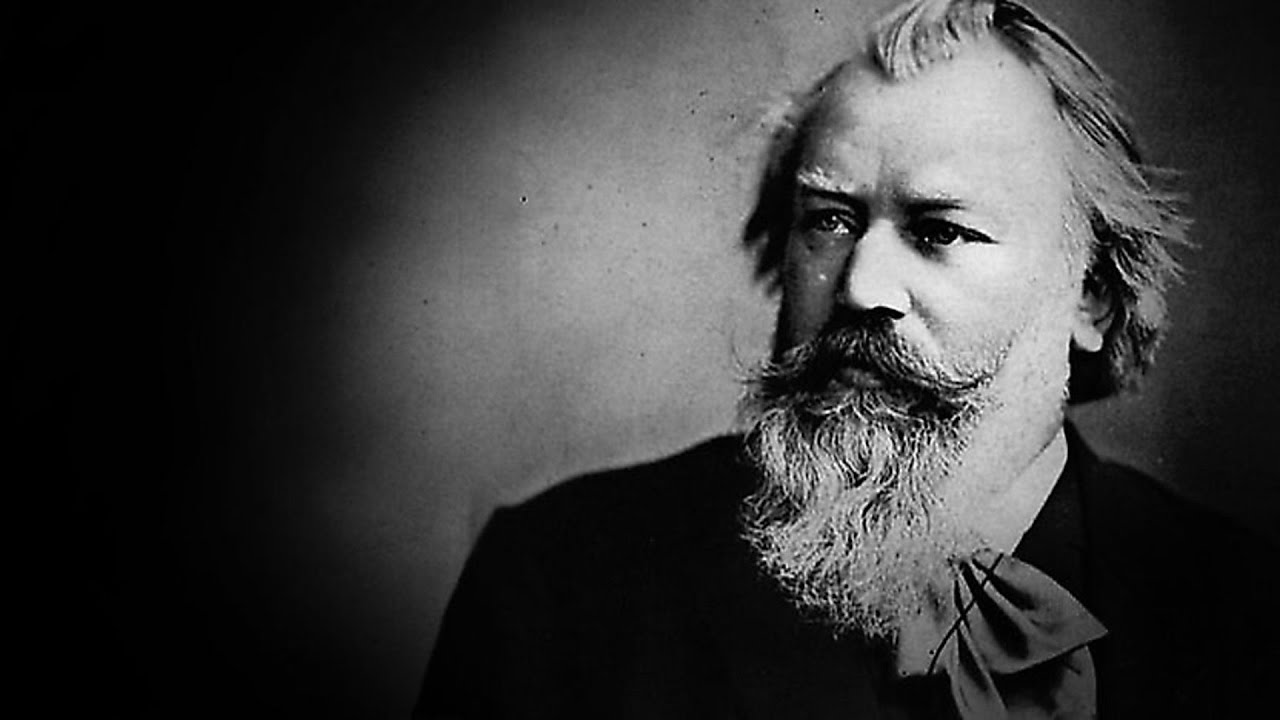 Screening of Cecil B. DeMille’s ‘King of Kings’

The 1927 American silent epic film, produced and directed by Cecil B. DeMille, depicting the last weeks of Jesus before his crucifixion. 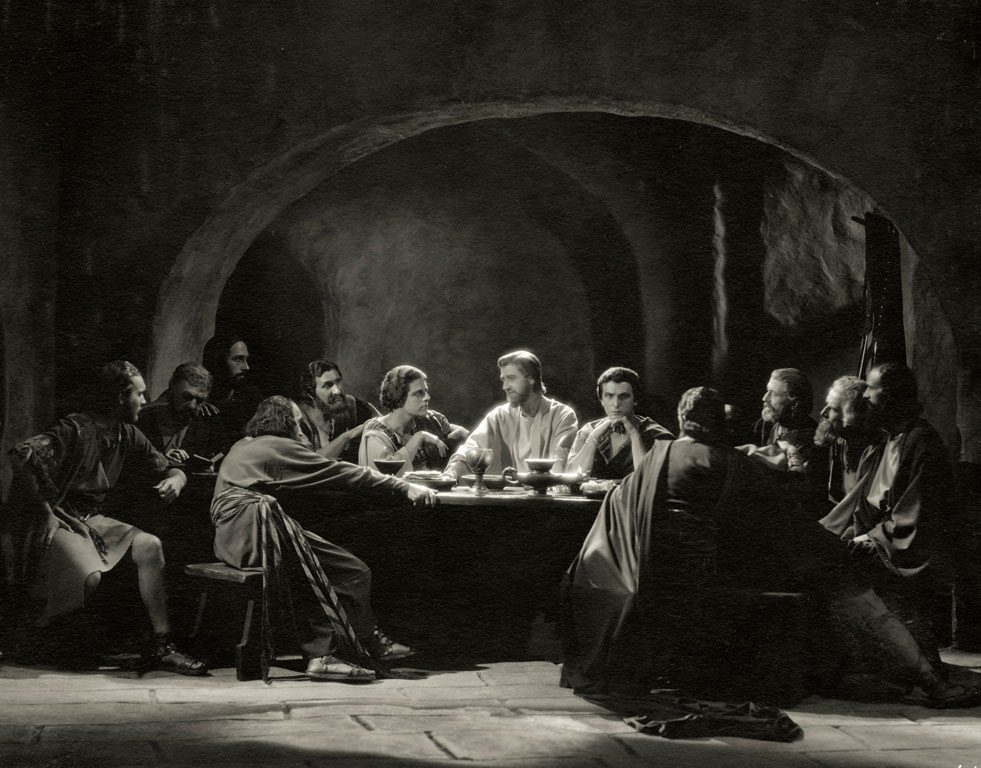