Music ultimately became a central part of both my private and professional life. My natural expression as a child was to play the oboe, and after studying with the renowned Janet Craxton I was offered a scholarship at the Royal Academy of Music, but, curiously on their advice, decided to go to university instead, with the intention of playing a lot of music, and ultimately following a musical career.

At University I met a Rhodes Scholar, already a major prize-winning world-class virtuoso violinist, with whom I formed a performing partnership. Whereas he, Jack Glatzer, developed a career as an international soloist, I was beguiled by the new media and found my way to the Music and Arts department of BBC TV a few months after the start of BBC2.

Those were heady days under the inspired leadership of Huw Wheldon and Humphrey Burton. As director on the magazine programme ‘Music International’ I travelled internationally making films with many of the most celebrated musicians of the time: in Bayreuth with Wieland Wagner, in Prague with Artur Rubinstein, in Paris with Nadia Boulanger, the Tchaikovsky Competition in Moscow, Benjamin Britten in Aldeburgh and Snape. Dietrich Fischer-Dieskau enlightened me on the art of Schubert songs, and I was able to pay tribute with a major Omnibus profile to my hero, oboist Leon Goossens.

As one of the few drama directors working on film in the sixties I was in a position to set up the first international drama coproduction with American, Canadian and German partners, with the film ‘The Siegfried Idyll’ about Richard and Cosima Wagner. Other dramatized musical films included ‘Music of Exile’ about Bohuslav Martinu, and ‘Papillons’ about Robert and Clara Schumann.

These films led to offers from Hollywood (frequently illusory it must be said) and eventually a 7 year Californian stint, making movies of the week, and directing some of the ‘In the Heat of the Night’ series, as well as writing a number of screenplays resulting in excruciating periods of what is known as ‘Development Hell’.

Music kept me more or less sane, and I always insisted on having specially composed scores for my productions, and working with major composers and the best of artists. The most recent of these commissioned scores was by the brilliant young composer-conductor Ben Wallfisch, for a theatre production at the Teatro San Gallo in Venice, still playing and reputedly the longest running live show in Italian Theatre history.

But why the Festival? A long story! Music is a passion for me, and one I am passionate about sharing. I am delighted to be able to create, in the community in which I have lived for more than forty years, a festival sharing the experience of hearing and meeting world class artists in the company of friendly festival audiences.

A clarinet-playing friend of mine had been in long mourning following the death of his wife. To bring him back into society and regain the joys of music we decided to enrol together into the woodwind course at the Dartington Summer School. As the former artistic director of the London Chamber Music Society, my friend knew, and had booked, all the eminent professional course tutors. We ate meals, and drank at the bar with many of the artists, and enjoyed their concerts in the evening.

That is how I came to meet cellist Raphael Wallfisch, violinist Jack Liebeck, the violist Rivka Golani, and had the pleasure of playing Martinu’s oboe quartet with the leader of the Wihan Quartet. Returning to Wimbledon I met local pianist Anthea Fry who invited me to a concert of what transpired to be the final concert of the second year festival at St John’s, Spencer Hill, in celebration of the Baptist’s saint’s day. Living only a dozen roads away, and having performed several times in the church, I was surprised that I had never heard of the festival, and the attendance of loyal supporters suggested that a marketing budget had been the issue.

Full of Messrs Wallfisch, Golani, the Wihan Quartet, and the wonderful Wimbledon-born horn player Richard Watkins whom I had known since birth, I suggested that these names for a future festival might provide the required promotional clout. Elected to the Music Committee my suggestions were adopted, artists contacted, dates fixed, fees agreed, and booked. Then everyone got cold feet. With such eminent but expensive artists, who would take the risk? John the Baptist’s Day falling just before Wimbledon tennis, when many people go away, was also considered a difficult time of year.

What was I to do? Half a dozen world-class artists already booked. People advising caution – ‘start with one weekend’. As yet no financial support. I would have to take all the risk.

My old friend, Andrew Edwards, who became WIMF’s first chairman, suggested that the autumn might be better timing for a festival. Bookfest has already taken the prime spot of early October… But St Cecilia’s Day! St Cecilia, Patron Saint of Music, November 22nd (Benjamin Britten’s birthday) – after Guy Fawkes, and before Christmas. That seemed as good a time as any. ALL the artists were free and keen to help launch a new festival. So that is how it all began.

As ever some good luck: Robert and Margaret Lyons of the Tertis Foundation heard about the festival, and have been our generous supporters from the outset. I took inspiration from the wonderful Chipping Campden Music Festival, and co-opted from there Tom Hull, an important music agent, who joined as a Trustee. And Juliet Abrahamson, the long-time and experienced Festival Director of the Cambridge Summer Music Festival, gave me wonderful advice and encouragement, and has been the ‘Festival Angel’ ever since.

We began with ten events – all with world-class musicians. Eight standing ovations, and we covered our costs! Year two followed, and we are still here fourteen years later. We have a group of international co-commissioning partners. I’m proud to have helped to bring new works to life; and we have enjoyed some quite spectacular original productions – none more so than Benjamin Britten’s Noye’s Fludde, given on St Cecilia’s Day, the composer’s birthday.

“One of the most distinguished festivals in the UK, possibly the world”

“One of the capital’s major autumn events, and it seems to get better and better” 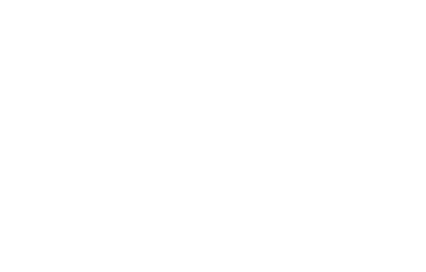